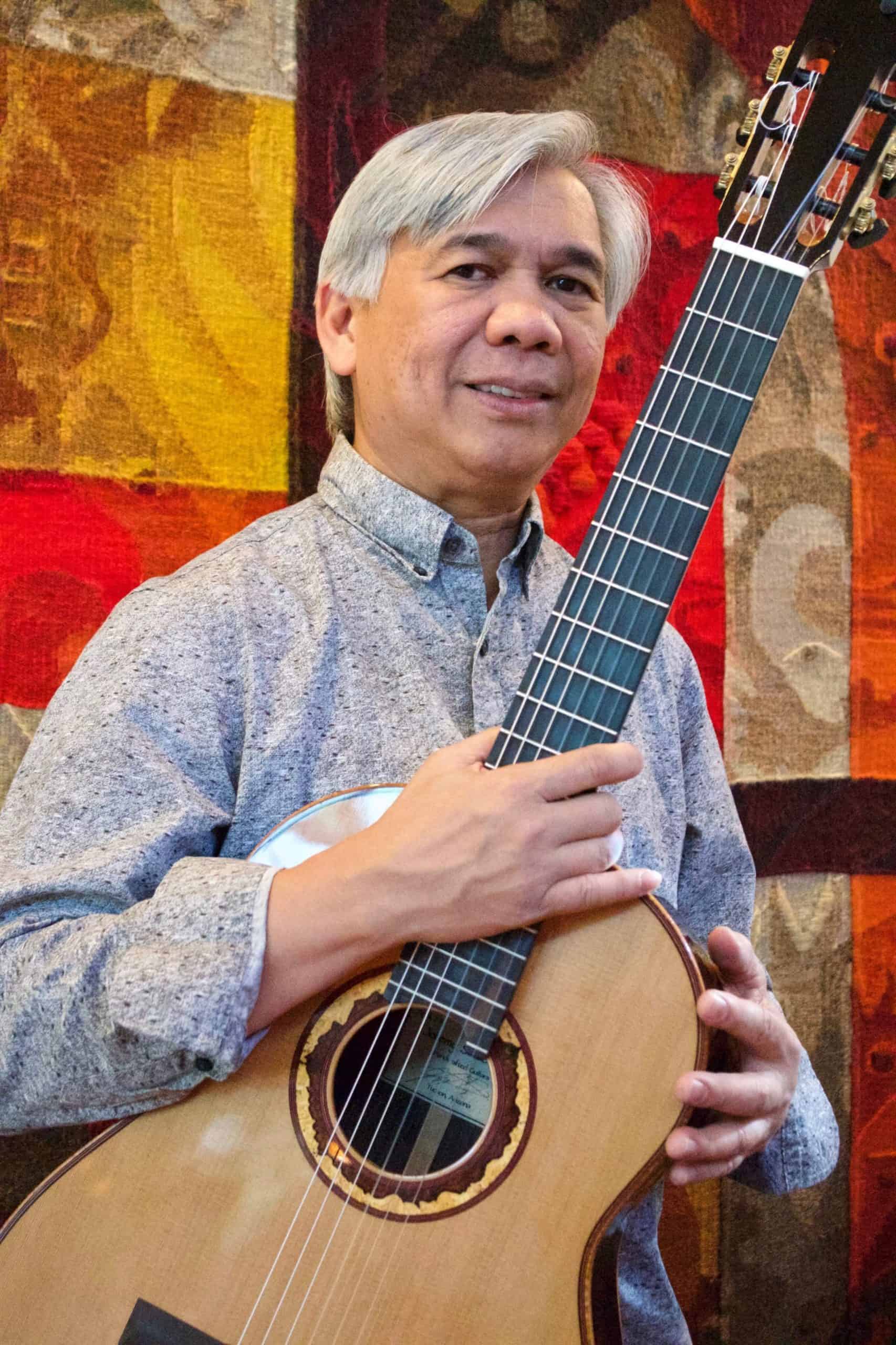 ANGELITO AGCAOILI studied guitar under the tutelage of Mario Rodriguez at the University of Santo Tomas in Manila, Philippines, with Jose Luis Rodrigo at the Real Conservatorio Superior de Musica in Madrid, Spain and in the U.S. with Elliot Frank at East Carolina University and Frank Koonce at Arizona State University. He has also participated as a performer in the workshops and master classes conducted by world-renowned guitarists such as Leo Brouwer, Jose Tomas, John Williams and David Russell.

A prize winner in guitar competitions in the Philippines (1st prize at the Concurso de Guitarra del Centro Cultural de España en Manila and 3rd prize and Honorable Mention at the National Music Competitions for Young Artists), Angelito Agcaoili has also been the recipient of several scholarship awards including grants from the Spanish government through the Agencia Española de Cooperacion Internacional and from the Young Artists Foundation of the Philippines.

His work and research on the guitar music of the Philippines has been steadily gaining recognition. He has premiered the guitar works of Filipino composers such as Bayani de Leon, Lucrecia Kasilag, Antonio Pahang, Jose Valdez and Angel Peña. Many of these compositions were either commissioned by him or dedicated and written for him.

Mr. Agcaoili has been featured in solo and chamber music recitals in the Philippines, Spain, Canada and the United States of America.